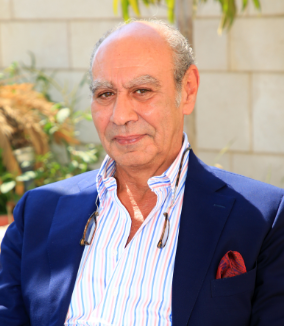 Shireen Alkady, a pioneer in the world of finance, is an expert in the fields of economics and investment banking.

Earning his BA degree in 1982 from the University of New England, West Sussex, UK with a dual concentration in International Business and Economics, Alkady started his career training with Merrill Lynch and UBAF Bank in New York. He then worked in the fields of capital markets, debt securities, economic research and analysis, in addition to investment management in regional and international banking institutions such as the Kuwait Investment Company, Bank of Kuwait and the Middle East (BKME), Al Ahli Bank of Kuwait and Tunis Arab African Bank.

Upon returning to Egypt in 1992, Alkady was appointed advisor to the Information and Decision Support Center to the Egyptian Cabinet. By the end of that year, he established Prime which evolved from Privatization advisors to the government to a leading investment firm in the region. Primes’ range of services include investment banking, asset management, investment research, securities brokerage and private equity offering financial services to governments, the private sector and regional corporations.

Alkady has also worked as a consultant to the Public Enterprise Office on privatization offering corporate finance services to several Egyptian public holding companies, insurance firms and numerous banks. In 2000 he was a counselor to the stock market of Khartoum.

A lecturer of Economics, Alkady regularly teaches in Egyptian institutions such as the International Institute for Strategic Studies and other venues. He is also a renowned lecturer abroad.

Alkady was listed in the International WHO IS WHO of the financial world in 2000.